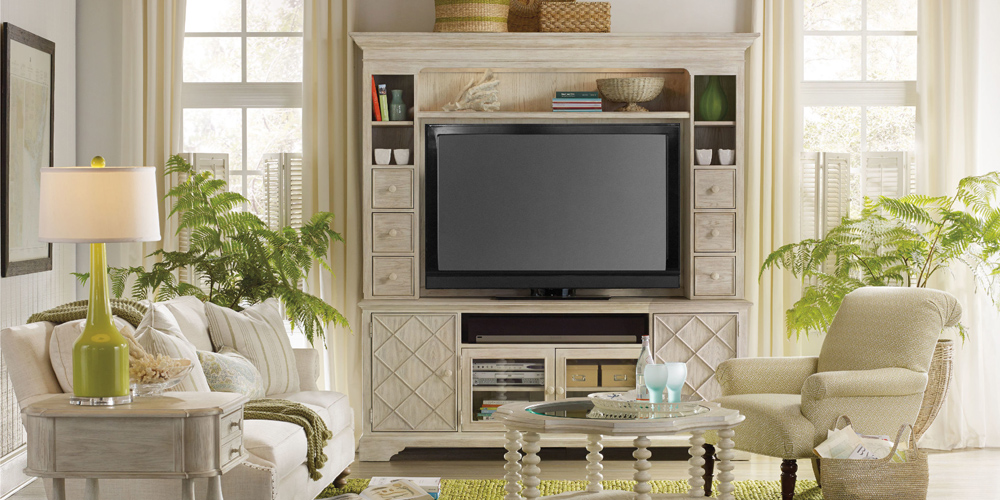 Finding the appropriate media unit to suit both your needs and space can prove daunting, but following a principal guideline can help.

The most reliable way to ensure there is enough room to fit your television and electronics is to measure it.

Allow for at least 2 inches of extra space in each direction to accommodate small measurement discrepancies or extra equipment. This ensures there is enough space within the television cavity for proper ventilation and installation cables.

Measure the dimensions of your floor space (including width and depth) to identify the available space for an entertainment unit or stand. These measurements will help determine the optimum viewing distance when watching your television. Allow enough open space for an enjoyable watching experience. The following guideline shows industry-standard recommendations for how far you should sit from a television, but aren’t absolute rules.

Consider the layout of your space for optimum viewing. 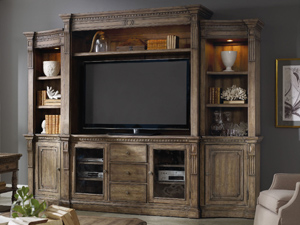 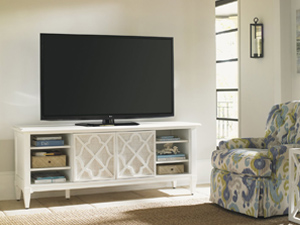 A TV stand, or TV console, generally consists of a long cabinet on which to place a television, and typically features storage underneath to store different media. Because it features an exposed tabletop surface, TV stands can hold most size televisions to balance on top. TV stands can also work for mounted flat screen televisions. 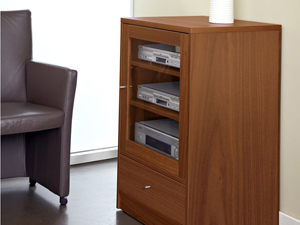 Media cabinets (and media chests) are typically smaller-scale, vertical units that can house a television and other electronic accessories. TV cabinets (TV armoires) can conceal a television within its cabinet doors, which make this option ideal for customers who don’t want to display their entertainment systems. A media chest resembles a tall dresser and contains shelves for easy storage.